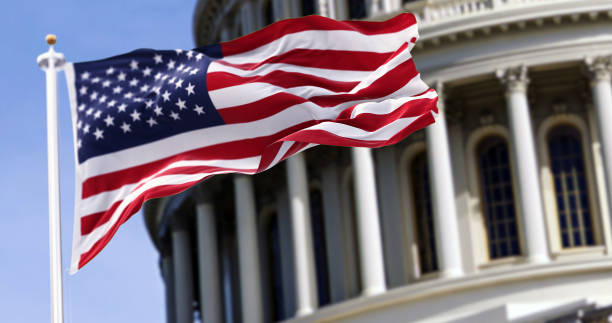 On Tuesday, U.S. Democrats introduced a new bill seeking to ban nearly all use of digital advertising targeting on ad markets hosted by platforms like Facebook, Google, and other data brokers. The bill empowers the Federal Trade Commission and state attorneys general with authority to enforce the new rules for ad targeting. It also allows individual users to file lawsuits against platforms like Facebook and Google if they break the law, granting up to USD5,000 in relief per violation.

The age of the internet has come with it a wide range of advertising options. Most of the time, these adverts on websites and micro-blogging sites are oddly specific; this is because personal information as well as search histories of users are shared among these platforms, which in turn are sold off to advertisers.

This is what the new bill introduced by Democrats, Reps. Anna Eshoo (D-CA) and Jan Schakowsky (D-IL) in the House and Cory Booker (D-NJ) in the Senate on the 19th of January 2022 seeks to remedy. The Banning Surveillance Advertising Act prohibits digital advertisers from targeting any ads to users. It makes some exceptions, like allowing for “broad” location-based targeting. Contextual advertising, like ads that are specifically matched to online content, would be allowed.

Any targeting based on “protected class information, such as race, gender, and religion, and personal data purchased from data brokers” would be off-limits were the bill to pass. Platforms could still target ads based on general location data at the city or state level and “contextual advertising” based on the content a user is interacting with would still be allowed.

Reps Anna Eshoo, a house democrat representing the people of California and also the lead sponsor of this bill, stated “The ‘surveillance advertising’ business model is premised on the unseemly collection and hoarding of personal data to enable ad targeting. She went on to say – “This pernicious practice allows online platforms to chase user engagement at great cost to our society, and it fuels misinformation, discrimination, voter suppression, privacy abuses, and so many other harms.”

Cory Booker (D-NJ) also took to Twitter to announce the introduction of this bill saying  “Today I introduced the Banning Surveillance Advertising Act with @RepAnnaEshoo and @RepSchakowsky. With this act, advertisers will be forced to stop exploiting individuals’ online behaviour for profits and our communities will be safer as a result.” If enacted, the bill would radically change Facebook and Google’s business models. For years, lawmakers have debated ways to regulate the tech industry on issues like privacy, disinformation, and content moderation.

Internet users have decried targeted advertising in the past few years, and one of the ways this happens is when a user searches for an item online, it is usually the case that for weeks, images of that item would keep popping up on their social media (Facebook or Instagram) timelines. This bill seeks to reduce the purchasing of personal information in other to protect privacy.

Passing this bill may not come through easily, as Republicans may not want to vote in favour of the democrats sponsored bill as well as the fact that some of the politicians in DC have big tech companies like Google and Meta as part of their Super-PACs. However, if passed, it will go a long way in protecting personal data online and curbing targeted advertisements.