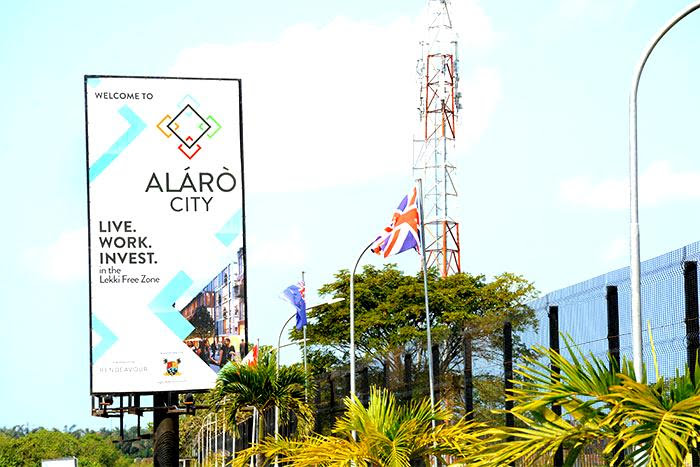 Tech Entrepreneur Iyinoluwa Aboyeji has always expressed his vision of a Talent City for start-ups, which would serve as a charter city, to foster an innovation-friendly environment. The Talent City is in response to challenges around congestion, infrastructure, power, and poor governance, as certain basic amenities are not readily available to the average African living in urban environments, and this can impede progress for startups.

In 2020, Iyinoluwa Aboyeji had tweeted about Africa as the emerging giant tech hub of the world and plans for building a new city for the digital economy to thrive in Nigeria. According to Aboyeji, these cities will be managed within a free trade zone with their productivity-focused, entrepreneurial-centred regulations and bylaws and will create an ecosystem that enables innovative startups to thrive, attracting tech and IT talents from around the world.

The vision of Talent City is gradually coming to fruition as Talent City has acquired land to begin construction of its first location: Talent City Lagos, a 72,000-square-meter plot of land located in Alaro City, a 2-000 hectare city-scale development area in the Lekki Free Zone.

“We are thrilled to announce our first Talent City location in Lagos. Along with our partners, we have acquired a 72,000 sqm plot in Alaro City, Lagos’ new city in the Lekki Free Zone. Our prototype city will be home to 1,000 residents and 2,500 remote workers, featuring a central co-working campus along with a variety of housing options designed for a flexible remote-friendly lifestyle of the future.”  – Iyinoluwa Aboyeji, Founder, Talent City

“We are pleased to welcome the innovation and innovators of Talent City to Alaro City, where they will find an equal partner in actualising Talent City’s revolutionary ambitions in the technology ecosystem.” – Yomi Ademola, Managing Director, Alaro City

According to TechCrunch, constructing the compound within the larger ecosystem of Alaro City will shield Talent City and its inhabitants from knee-jerk government reactions to policy changes, which will be critical to its ultimate success, Aboyeji said.

“We’re trying to build for the part that we’re good at, which is the community and the technology piece of things. We’re not trying to reinvent the wheel by negotiating something new with the government,” said Liu, a former designer at Google and Line and Talent City’s head of operations and experience.

“And that’s why we positioned ourselves strategically in the Free Trade Zone within a larger city. So we have de-risked in terms of policy and infrastructure from both sides of the ecosystems we belong to.”

This first prototype city, featuring a central co-working campus and a variety of housing options, will be home to 1,000 residents and 2,500 remote workers. These figures are subject to change, the company said.

The completion of the talent city will solve the following major problems for tech companies;

The Talent City initiative was incubated with partners, Luqman Edu and Coco Liu, and the charter city initiative has attracted some investors like Pronomos, Charter Cities Institute, Ventures Platform, and LoftyInc. The technology hub has raised more than $13 million for its Lagos project, and the founder says it is still raising funds. The first construction phase is set to begin by May 2022, with some structures completed by the end of 2023.

The Talent City is speculated to be Africa’s new Silicon Valley.