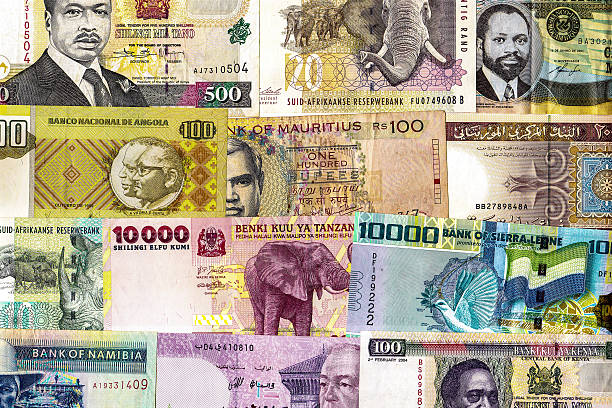 The Ugandan and Tanzanian shillings are among the six African currencies holding steady against the dollar. The Zambian Kwacha takes the lead, appreciating at 19.64%, while Ugandan and Tanzanian shillings are at 2.24% and 0.70% respectively, reported The East African. Thanks to dollar inflows from Uganda’s coffee exports the Ugandan shilling is projected to remain strong. For the Tanzania shilling, the steady dollar inflow from tourism, exports and funds from development partners is positioning the shilling well against the dollar, even the Bank of Tanzania (BoT) predicts that the shilling will remain stable in the coming months.

The BoT’s latest Monthly Economic Review records that Tanzania earned $2,842.3 million from gold exports and it accounted for 30 percent of total exports of goods and services. Tanzania’s also recorded a 10.4 percent rise in exports of goods amounting to $6,750.8 million in October, with non-traditional goods rising by 13.4 percent to $5,722.8 million. Foreign exchange reserves remained adequate, amounting to $6,770.3 million at the end of October 2021, from $4,930.3 million in October 2020, sufficient to cover about 7 months of projected imports of goods.

On the other hand, the Kenyan shilling and the Rwandan franc continue to lose value against the dollar. The currencies were ranked 11th and 12th among top African currencies depreciating at -2.93 percent and -3.48 percent respectively.

Despite support from the Central Bank of Kenya (CBK) in the area of volatility, on December 1, the Kenyan shilling dropped and traded at Ksh112.83 against the dollar. The CBK has warned that the weak shilling will not only push up the cost of living but also the debt servicing. Even so, CBK Governor Patrick Njoroge insists that the shilling is not out of line with other currencies. According to Patrick Njoroge, “The question of whether we have been out of line with other currencies does not arise. Basically, it has to do with the strengthening of the dollar against most currencies,” he added.

According to the International Monetary Fund (IMF) outlook on Rwanda, unprecedented policy support, robust remittances, efforts to step up the vaccination rate, and progress in structural reforms are supporting economic recovery in 2021. Growth is projected at 10.2 percent, from a sizable contraction of 3.4 percent in 2020.