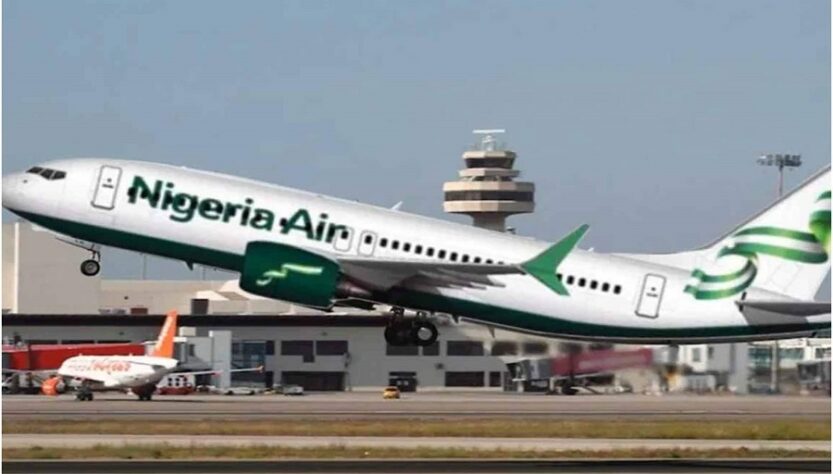 Nigeria is set to launch the operations of its national carrier–Nigerian Air and the Federal Executive Council (FEC) has approved the tentative commencement date of April 2022. For proper management and transparency, it is projected that the federal government of Nigeria will not own more than five percent equity shares, while Nigerian entrepreneurs and prospective international strategic partners will own 46 percent and 49 percent equity shares, respectively.

This tentative launch date is coming years after a failed launch in 2018 and according to the Minister of Aviation, Senator Hadi Sirika, over 400,000 Nigerians participated in choosing the name when it was unveiled in 2018.

According to Punch, the Minister of Aviation disclosed this on Wednesday while briefing newsmen after the FEC meeting presided over by the President, Major General Muhammadu Buhari (retd.) at the Presidential Villa, Abuja.

Hear from the Minister

The minister revealed that the council also approved N1.49 billion for the provision of Automated Civil Aviation Regulatory Equipment to be located at Nnamdi Azikiwe International Airport, Abuja. He added that the operations of Nigeria Air would generate over 70,000 jobs, which is higher than the total number of federal civil servants in the country

“Today in Council, Ministry of Aviation presented two memoranda. The first one is approval for the award of contract for the provision of Automated Civil Aviation Regulatory Equipment, including the software support and training, which will be located at Nnamdi Azikiwe International Airport, Abuja.

“In summary, this is the software that will allow all of the activities of civil aviation regulations to be done electronically on one platform, including payments, follow-ups on personnel licenses, medicals, economic regulation of airlines, safety regulations of airlines and all other businesses within the envelop of civil aviation, will be monitored by this single software. So, that has been approved.

“This one also is the approval of the Outline Business Case for the establishment of the National Carrier. This is the sixth time the memorandum appeared before the council and the sixth time got lucky to be passed by council,” he said.

“The contract was given to Messrs. Arif Investment Nigeria Limited, who are representatives of Empik GmbH. This Empik is the creators of this software, one of its kind in the world, at the sum of N1,492,520,325, which will be including 7.5% VAT and a completion period of six months. So that’s the first memoranda.

Given that this is not the first time the Nigerian government is seeking to revive the defunct Nigeria Airways which ceased operations in 2003, Nigerians seem to be skeptical about the launch and would rather not show any excitement till the actual commencement of operations.