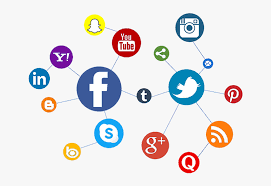 On June 16, 2021, Facebook reported that it removed 62 Facebook accounts, 49 Pages, 26 Groups, and 32 accounts on Instagram (“Accounts”) for violating its policy against coordinated inauthentic behaviour. The Accounts were stated to be fake Ethiopian accounts linked to the Information Network Security Agency (INSA) ahead of a general election that saw Prime Minister Abiy Ahmed’s party win.

Following the removal of the Accounts, the Director-General of INSA, Shumete Gizaw, accused Facebook of deleting posts and user accounts that he said were “disseminating the true reality about Ethiopia”. Reuters reports that the Ethiopian government is developing a social media platform (“Rival Platform”) that it hopes will replace Facebook, Twitter, WhatsApp, and Zoom, although it does not intend to block the global services.

Shumete Gizaw has communicated this much:

i. Facebook is allegedly deleting posts and user accounts “disseminating the true reality about Ethiopia”.

ii. The INSA would use local talent to develop the Rival Platform and may not seek outside help.

iii. There is no information on the timeline, but the government has already carried out a trial of the Rival Platform and it will soon be operational.

v. The Ethiopian government is definitely taking a cue from China. Shumete Gizaw had this to say “The rationale behind developing technology with local capacity is clear… Why do you think China is using WeChat?” Now that is a million dollars question.

The government of Ethiopia has been criticised in the past by international human rights groups for unexplained shutdowns of social media services. If Ethiopia is indeed taking notes from China, Contrivers Buzz will be here to catch up with the details.